Just when we thought the year was over, Lana Del Rey gives us one last surprise! Lana is featured on the cover of this month’s Billboard magazine with a stunning photoshoot by Austin Hargrave, taken on December 2 at Malibu Canyon Ranch in Calabasas, California.

The shoot – and interview – also feature Lana’s manager Ben and Interscope team including chairman and CEO John Janick. In the interview, Lana talks with them about how she wrote her most politically-engaged album yet. 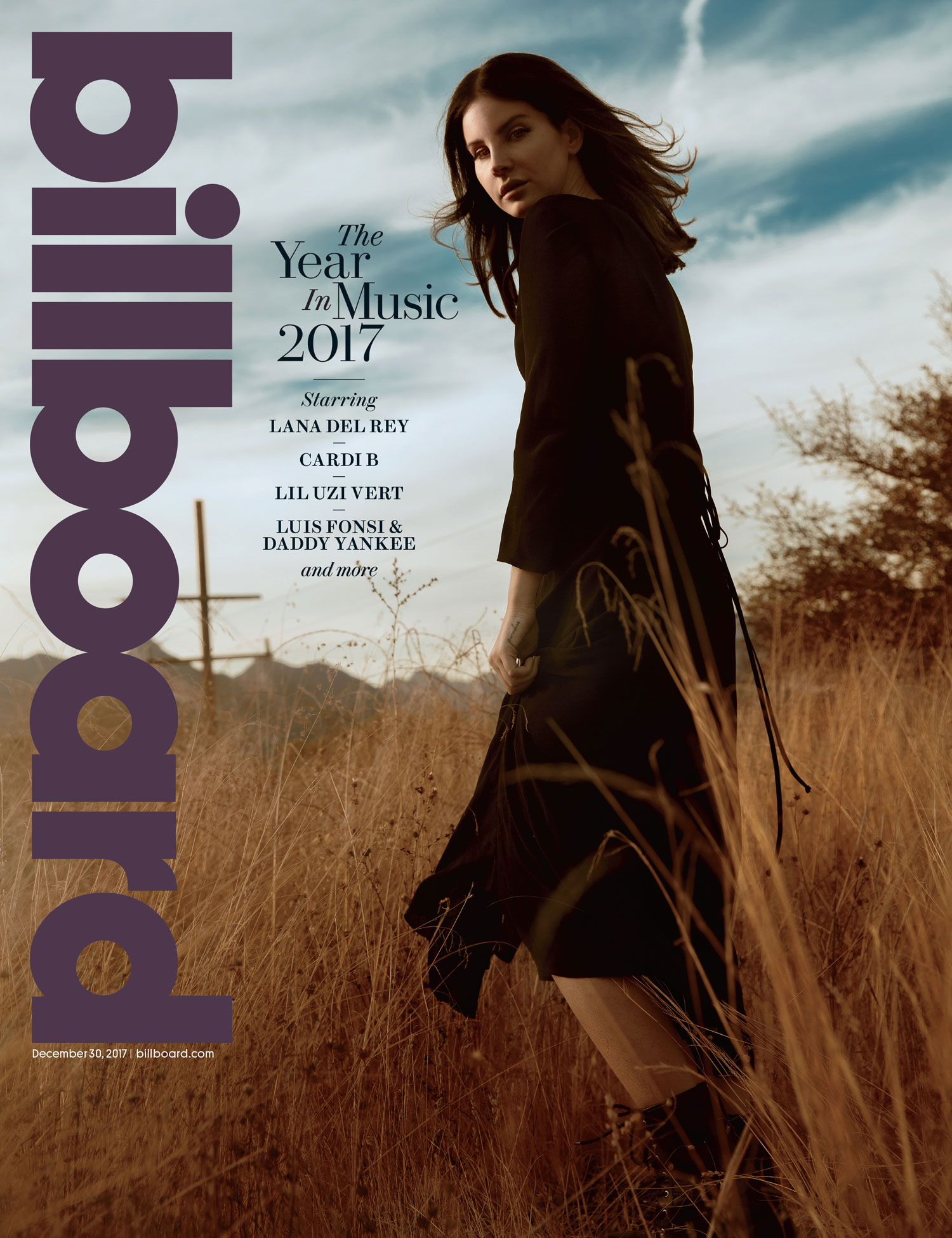 Click here to see the full feature online at Billboard.com, or read the bulk of the interview below:

Lana Del Rey: Honeymoon was like a vanity project, just for me. With this one, I was thinking about things broader than just my relationships, which was nice for me, and probably nice for my fans, too — a bit of a reprieve. John [Janick] and the guys I work with loved ‘Love’ and ‘Lust for Life,’ so those were really the only two singles we thought about. I’m saying ‘singles’ with air quotes — for us, that just means the song’s going to get a video.

John Janick (chairman/CEO, Interscope Geffen A&M): Any project I’ve ever been involved in with her, she knows where she’s going with everything: the idea, the look, the feel. And she had this far in advance [for Lust for Life].

Del Rey: I think a good word [to describe Lust for Life’s shift in mood] would be present — less from the outside looking in, and a more integrated perspective lyrically. I started writing the darker songs first: ‘Heroine,’ ‘Get Free,’ ’13 Beaches.’ So I had to get through all my complaining [laughs]. Then, once I got to be cathartic in that way, I thought, ‘All right, now I want to invite my friends in.” Obviously, the election was happening halfway through my writing process, and I ended up writing “When the World Was at War We Kept Dancing” and “God Bless America –And All the Beautiful Women in It.” All these little things culminated in a body of work.

Janick: I remember going in the studio one day and her playing probably half of what’s on the album now. Hearing ‘Love’ for the first time — it was one of those goose-bump moments.

Del Rey: It started as ‘Young and in Love,’ but I didn’t really like that title; that wasn’t the point of the song. Then I worked with Sean Lennon. The Lennon legacy is so tied in to that one word. So I thought, ‘You know what? I just want to go for it.’ The whole record is pointing its little nose in that direction. And I liked that it was pretty literal — it felt nice and comfortable to not necessarily have layers to all of the singles. That one and “Lust for Life” were kind of just about having fun.

Ben Mawson (manager): Most important to Lana is that her albums are a cohesive body of work. Her writing process is very natural, without directly thinking about radio or singles.

Del Rey: I wanted to see if [Lust for Life] would be heard for what it was really saying. Overall, from what I read, it was interpreted correctly. Which is a good sign for me: It means I’m not seeing things one way and the culture is seeing things the other way. That means you need to check yourself, and I don’t want to check myself. I want to stay in the flow. Maybe I needed a lot of time to be me, all to myself, and just be weird. Who knows why timing works out the way it does? But I really like this record. I think if this was the first record some people heard from me, I’d be really proud of that.