Lana Del Rey has ‘three albums-worth of songs written’
16
Filed in: Other 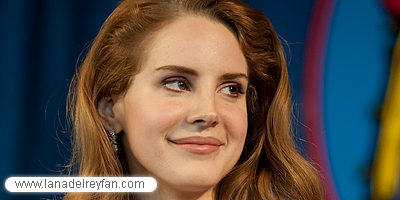 Ferdy Unger-Hamilton, the president of Polydor, said to Music Week that Lana has 60 songs written, enough to record more 3 albums. You can read the entire article below.

Polydor is celebrating a fortnight of runaway success with Lana Del Rey’s album Born To Die – as it reveals that the artist had 60 songs written when she was signed last year.

The singer is one of the most talked about celebs on Twitter and other social media, but the exec said Polydor isn’t “so clever as to be completely driving that”.

He added: “This all started because of the power of a song. As we speak, Video Games has [spent] eight or nine weeks in the UK Top 20. This project would have undoubtedly been a disaster with that much attention if she didn’t have 60 or so songs written when we signed her.

“She had three CDs-worth of songs written, with loads of brilliant tracks – enough for us to do the album and a deluxe [edition] and still have stuff left for later records. She’s a really talented writer and a remarkable lyricist.

“She’d secured a lot of her writing and production relationships [before being signed] – the most prominent being Justin Parker, the co-writer on Born To Die and Video Games.”

Polydor shipped 900,000 units of the Born To Die album worldwide in its first week on sale.

The LP has topped the iTunes chart in 18 countries, and has become the fastest-selling digital album ever in France. It has spent two weeks at the top of the Official UK Album Chart.