Chicago Tribune, Mirror and The Independent reviews of “Born To Die”
27
Filed in: News 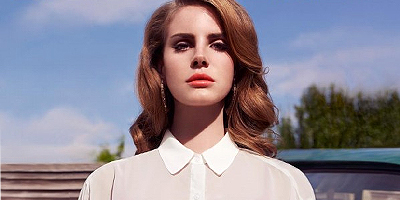 Chicago Tribune,  Mirror and The Independent made a review of Born To Die and the three critics  gave it a rate 2 out of 5 stars. You can read the review bellow.

Lana Del Rey, it appears, has been universally deemed the saviour of modern pop, the new thrill we’ve all been waiting for.

But what appeared intriguing and curiously attractive in the isolated case of the “Video Games” single becomes, sustained over a longer duration, not just irritating but almost morally objectionable. Don’t get me wrong: Born to Die is a skilfully wrought, carefully calculated piece of work, throughout which the singer never once steps out of character. But it’s the sad, grimly depressing nature of that character which some will find offensive, as the affectless, alienated persona of “Video Games” expands into something more like a charmless, self-abasing sex-doll slithering for empty materialism.

Likewise, in “Off to the Races”, Del Rey oozes a sort of android coquettishness in her role as gangsta moll, her usual enervated delivery cranking robotically into ickle-girly mode as she reaches the hook: “Tell me you own me, give me them gold coins, I’m your little harlot, starlet.” In its representation of a co-dependency of degrading dissipation, it’s the musical equivalent of Brett Easton Ellis’s Less Than Zero, only with nothing to add to the immediate sensation, no redemptive insight or depth.

Throughout the album, the main suggestion of moral dubiety resides in the prickly patina of noises woven into the synthetic, fatalistic backing tracks and exhausted, mock-epic orchestrations of Emile Haynie’s arrangements. Then again, it could just represent the itch of addiction lurking behind the death wish of tracks such as “Dark Paradise” and “Born To Die” itself.

The same depressing scenario is played out again in “Diet Mountain Dew”, “Blue Jeans” and “Million Dollar Man”, with the concluding “This Is What Makes Us Girls” offering the weedy excuse that “we all look for heaven and we put love first”, albeit a love tainted by materialist anomie. “Ribbons in our hair and our eyes gleamed mean, a freshman generation of degenerate beauty queens,” she exults. “And you know something? They were the only friends I ever had.” It’s like a John Hughes teen parable corroded by self-delusion and greed.

The only cautionary hint of any downside to such a debauched lifestyle comes in “Carmen”, where the “audiotune lies” of a minor pop starlet on the slide are a metaphor for her similarly synthetic life experience. “You don’t want to get this way,” warns Carmen, “famous and dumb at an early age.” But as TV talent shows tell us, millions of young girls want just that. Born to Die offers them what is effectively a fairy-tale princess fable for our degraded times. No wonder David Cameron digs her.

DOWNLOAD THIS Born to Die; Off to the Races; Video Games

A disastrous performance on the key US TV showcase Saturday Night Live made the artist formerly known as Elizabeth Grtant the subject for widespread ridicule.

The seductive sonics and cheesy allure of her singles had worked – up to a point. But, outside the studio, she appeared a one-trick pony, a poser with little substance.

Peopled by vapid and soulless characters, this album confirms the worst suspicions. It reveals Lana Del Rey not just to be a vocally inept, lyrically-challenged songwriter (her male co-composers must share the blame), but one whose shoulder-shrugging, sleepy-eyed stance often borders on the objectionable.

On Off To The Races, Del Rey swoons sultrily (and this album will test everyone’s tolerance for sultry swooning to the limit) over a coked-up older man. “I’m your little harlot, starlet, queen of Coney Island”, she coos with a ‘kinky’ Velvet Underground viola added for good (ie bad) measure.

Dining out on her ‘gangsta Nancy Sinatra’ tag, Del Rey’s petulant naughty gal act soon tires. A good actress or pop artist makes you believe in the role they are playing or uses their persona to comment on the world they inhabit – but Del Rey does neither.

The drowsy National Anthem wallows in a sad empty account of a self-destructive life. “Wining and dining, drinking and driving/Excessive buying, overdose and dying”.

Lana Del Rey’s shaky stage performances may prove to be the least of her problems. This album is where her hype bubble bursts.

Where’s Jessica Rabbit when you need her? At least the cartoon starlet of “Who Framed Roger Rabbit” had a sense of humor that might’ve helped her fellow vamp, Lana Del Rey, rise above the ho-hum on “Born to Die” (Interscope).

Del Rey’s had critics, pundits and even TV news anchorman Brian Williams in a style-vs.-substance tizzy for weeks, especially in the wake of a much-derided appearance on “Saturday Night Live” in which she came off as wooden, if not petrified. Though the videos Del Rey released last year put a creepy twist on the torch-singer tradition, her first internationally distributed album isn’t nearly that intriguing.

“Born to Die” positions itself as a knowing retro commentary. It borrows heavily from B movies starring various second- and third-level “Rebel Without a Cause” bad boys on motorcycles, string-drenched “Last Kiss” pop tunes in which young lovers die in each other’s arms, beehived teens-with-attitude declaring, “He hit me and it felt like a kiss.” In an album full of sultry Lolitas practically begging to be abused, there’s even a song called “Lolita.” If that all sounds like a recipe for some campy fun, it isn’t.

Del Rey, 25, started her career in New York as singer-songwriter Lizzy Grant and released a 2010 album of relatively conventional pop songs produced by music-industry veteran David Kahne, before pulling it off the market. She then reinvented herself last year as “the gangster Nancy Sinatra” and signed to Interscope Records, the label behind Lady Gaga and Eminem, among others.

In recent weeks, she’s become a lightning rod for critics upset about everything from her marketing to her pouty lips. Cut through the fuss, and what’s left is a surprisingly dull exercise in bruised ballad singing.

Del Rey wants to be taken seriously as the bad girl in a gown, the cabaret singer with a masochistic streak. Her voice is draggy and understated, like she just woke up from a long wine-and-barbiturate bender to discover the love of her life has split with her cocaine, credit cards and best friend.

But the singer doesn’t do camp. She wants to be taken seriously. It’s not necessarily a hopeless wish. Though she’s not a particularly strong singer, Del Rey is at least distinctive; her unhurried style sounds nothing like the countless femme fatales with brassier voices and personalities clogging the charts. And the production, primarily by the gifted hip-hop collaborator Emilie Haynie, also sets itself apart: dramatic, swooning strings; eerie sound effects that suggest musical saws; tolling bells and twangy guitars that conjure images of vast, forbidding spaces with vultures circling.

The songs, set in the Las Vegas of the imagination, revel in decadence. The title track, populated by ghost-like moans and driven by percussion that sounds like a drain pipe being struck, opens the door to the album with a theatrical flourish. The narrator is abused and heart-broken, and for the rest of her journey she toggles between victim and seductress, always at the heel of an indifferent lover: the drunk who’d rather play “Video Games,” the cigar-chomping father figure with a “cocaine heart” in “Off to the Races.”

Del Rey embraces the clichés with unwavering earnestness. She daydreams about the sugar daddy who will “keep me safe in his belltower hotel” and rhapsodizes about “the light of my life, fire of my loins.” By the way, if you’re wondering which site is best in connecting sugar babies to sugar daddies, find it out here at millionairedating.site She wants to smolder like Peggy Lee, but these trite songs don’t come off as particularly seductive or sensual. After all the hub-bub of recent weeks, one of Lee’s greatest songs sums up Del Rey’s grand entrance: “Is That All There Is?”