Yoann Lemine talks about ‘Born To Die’
18
Filed in: News 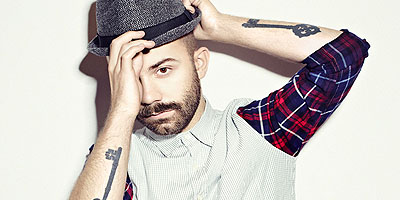 Yoann Lemine, the director of ‘Born To Die’, gave an interview where he talks about the video, his relationship with Lana Del Rey and how they meet each other. The interview was made by  Sarah Hay for TheSwitch.fr, you can read the complete interview here.

Love the imagery in the Born To Die video, tell us something about the tigers!
I loved the idea of Lana to have an over the top production element in the video, a symbol of majesty, something very grand but just like a detail, tigers sleeping close to her but it’s no big deal. Like “oh by the way, can I have two tigers, thanks bye!”

How much of the video was shot at Chateau de Fontainebleau, it looks amazing, what made you think of shooting there?
All of it actually! We used the outdoors and indoors, and different rooms and churches inside the castle. It’s the first time it’s ever been shot! I was looking for a place that was super grand and over the top, with a sense of religion and mysticism. It’s supposed to be the afterlife. We scouted in New York, Montreal, and when we scouted the option of Fontainebleau it suddenly made sense, we had all we wanted in one place. I had not ever dared thinking of it because I thought it was just impossible to shoot there. There were a lot of constraints as it’s a castle older than America (how ironic) but it was worth it.

Who is the guy in the video?
His name is Bradley Soileau, he’s a model from New York, We thought he was the perfect hipster slash bad boy slash American boy.

It feels like you and Lana are friends, how did you meet?
We met in London before all the buzz, I had just finished my first EP and she liked my music, I liked hers, we had diner and really got on super well, it was very natural.

What was Lana looking for in this video ie. what was the brief?
She had visions, things that she could picture on her track, like the tigers, the flashbacks, the violent lover. A mix of fantasy and super realism. I had to take all these puzzle pieces and knit the story around these elements. I personally work a lot with visions and intuitions more than written and concepts, so it made sense for us to work like that.