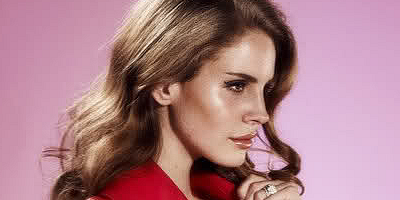 Lana Del Rey gave another interview, this time is for USA Today. You can read it below.

Though her major-label debut album, Born to Die, won’t be out until Tuesday, Del Rey, 25, already has been more widely celebrated, and condemned, than many artists are in a lifetime. For that, she can thank the Internet, where her lush, dramatic fare inspired an avid following last year. The title track and single Video Games have collectively reaped 37 million views on YouTube.

But speculation set in when some new fans discovered that Del Rey, a striking redhead, had a past as blond indie singer Lizzy Grant. Her authenticity was questioned further after a Jan. 14 performance on Saturday Night Live was skewered across the blogosphere.

In a missive leaked by Gawker, NBC anchor Brian Williams called it “one of the worst outings in SNL history.” Actress/musician Juliette Lewis likened Del Rey to “a 12-year-old in their bedroom.”

Del Rey concedes that she was “a little nervous” on SNL, “but not more than usual. I didn’t know it wouldn’t be received well.” She was also taken aback by the personal nature of some comments, given how little she’s revealed about her life: “I’ve only given about 10 interviews.”

Here, according to Del Rey, are the facts: She was born Elizabeth Grant in Manhattan and grew up in Lake Placid, N.Y. Her family wasn’t wealthy. “We didn’t have millions. I got sent to boarding school because I was getting into trouble.”
She used her given name professionally for a while but then chose Lana Del Rey because “it sounded beautiful coming off the tongue. It wasn’t like a shift in persona.” She recorded an album, Lana Del Rey/A.K.A. Lizzy Grant, that was released “for about two months” in 2010. “I was onto my third record in my head by then. But I still consider (Del Rey/Grant) a masterpiece, and it’s not like it’s hidden — it’s all over YouTube.”

The songs on Born to Die are “autobiographical,” she says, and though many deal with obsessive and even self-destructive love, “they’re not all dark. Video Games has a melancholic feel, but the lyrics are happy.”
For Keith Caulfield, associate director of charts at Billboard, Del Rey’s penchant for moody ambience makes her “the polar opposite of LMFAO and Rihanna. She’s really connecting with the Twitter/Tumblr generation. But that can be a double-edged sword — if you think someone is fresh and different, you don’t want to be duped. It’s got to be overwhelming for her.”
Del Rey is trying to keep it all in perspective. “I don’t know that I want thick skin, or even know how to get it. But I have a really big life outside music. So I’m not worried.”