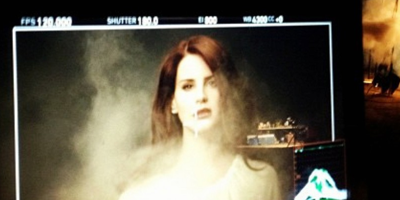 It’s official! «Summertime Sadness» will be the next official music video of Lana Del Rey.

JustJared exclusively shared several information about the video and also pictures from the set. The music video was recorded last Saturday (April 21) in Santa Clarita, California and will be released next month! The director of the video is Kyle Newman and his wife, the actress, Jaime King, will make part of the cast. Alex Pettyfer helped on the set as production assistant! Below you can see all the pictures: