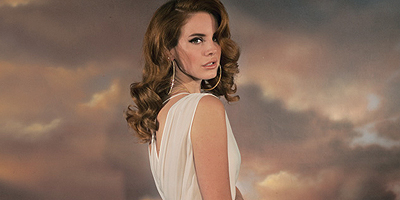 The Super Super published a preview of their interview with Lana Del Rey. SUPERSUPER! Vol 2 Issue #004 is coming soon!

SS: The idealistic American Dream/suburban sadcore influence seems to be the core theme of many of your songs. When did you first discover your connection to the unaware, psychotic, patriotic, ‘50s youthful girl who has had her heart broken one too many times? Did you imagine the invented USA stories, or actually live the life you’re singing about?

LDR: I didn’t know I was connecting with the concept of the American Dream until people started asking me about it. I was trying to tell my life’s story through songs – not for anyone else, but for myself. I wasn’t trying to evoke the sentiments of a different era – I was paying homage to my life and to all things beautiful. I was inspired more by the colours and landscape of Hollywood than I was by the dark American Dream that is usually associated with the word ‘Hollywood’. I was interested in the texture and colour of film from fifty years ago. I explored old film after I started writing, so when my lyrics and melodies met other people’s home videos it became a world… a world that means nothing and makes no sense. It’s just a mood and an atmosphere, but I wasn’t trying to translate anything by putting the two together. I just enjoyed occupying the space where they met.

SS:  Was it always easy for you to write tragic love songs?

LDR: Yes, always. I felt like life was a beautiful sad song.

SS:  ‘This Is What Makes Us Girls’ evokes nostalgia in an almost unrealistic fantasy way. You can imagine the girls drinking PBR and riding in cars and crashing down in the end, like most teenagers do. When you’re working with a producer, do you always try to involve a cinematic intent with the sounds you approve?

LDR: When I was younger, in high school, the group of girls I ran with were already living their own grownup lives. We really did whatever we wanted. It was beautiful for a short time, and then before I knew it, my lifestyle caught up with me and I had to go to another school. When I work with my producer, Emile Hayne, we talk in terms of colours and pictures. For this song I said, “OK Emile, think the American Beauty soundtrack meets Bruce Springsteen… girls sneaking out in the middle of the night in Miami, living for themselves – living on the edge.” He knows exactly what that translates to, and helps me create a soundscape for the record. [Producer] Larry Gold also understands working with pictures as far as direction goes. He conducted the Philadelphia Orchestra and put strings on most of the record, knowing that I wanted lush strings that had a sad, summertime sound.

SS: ‘Summertime Sadness’ is said to be your favourite song from the record. Why is that?

LDR: ‘Summertime Sadness’ is a song that I love, because I didn’t compromise when I wrote it at all. I wrote exactly what I felt, and put a melody to it that was perfect for the words. I was staying in Santa Monica, California with my composer and best friend, Daniel Heath. I would sit under the telephone wires and listen to them sizzle in the warm air while he went to work. I wanted to take the electricity and absorb it so it would make me feel alive and electric again. I felt happy in the warm whether and started writing about how sad and gorgeous the summertime felt to me.

SS: Would you ever lay vocals on a track by The Weeknd?

LDR Of course! I love Abel, and he knows that. Abel doesn’t do anything for money or for promotion. He makes music because he believes he was born to make music. He has integrity – he’s not a sell out.

SS: Does it still give you goosebumps thinking about seeing Kurt Cobain on MTV for the first time?

LDR: Thinking about the first time I saw Kurt in ‘Heart Shaped Box’ gives me goosebumps. I was 11 and I didn’t have television – I walked past my friends bedroom at a party and that song was playing on MTV. I knew with one glance and at first listen that I found someone who understood how I felt. Wherever he was, that was where I wanted to be.