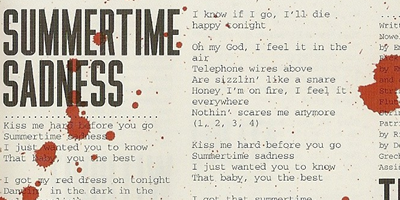 Right after the pictures of Lana Del Rey with the actress Jaime King appeared on the internet, many were the sources and people who started spreading the rumour that Lana is currently working on her next music video for the song «Summertime Sadness». Rumours apart, everything indicates that this is actually true!

The filmmaker, Kyle Newman, the actress, Jaime King, and some other people, who seem to make part of the production team and cast of this music video, tweeted many curious information and pictures from and about the project that they are currently developing with Lana Del Rey. Online Casinos Not on Gamstop UK, casino not on gamstop in UK. In addition, the famous british actor, Alex Pettyfer, was also on set of this new videoclip.

“Now that is what I call a quick trip LA- Winnipeg-LA-Winnipeg #summertime sadness !” – Jaime King‏ (@Jaime_King)