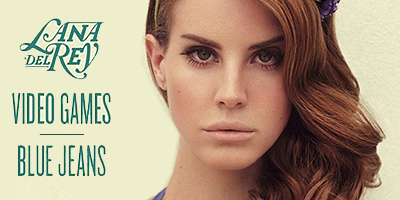 Lana Del Rey ranked at 19th with Video Games on Pitchfork’s list of  The Top 100 Tracks of 2011. You can read what Pitchfork said about Video Games below:

Lana Del Rey is an extremely unlikely indie fave, but that’s OK– it doesn’t look like the rest of the world knows what to do with her, either. It’s not often that you come across a breakout artist who so thoroughly disguises her own level of awareness or intent. Listening to “Video Games” for the first time, hearing those chords paired with that voice, was a true WTF moment. Literally: “What the fuck am I hearing right now? Who is this person and where did she come from?”

Among other things, “Video Games” is Del Rey’s withering critique of the dehumanizing desires and stunted emotional capacities of men, and it would be powerful enough even if she were just momentarily putting on the guise of a tragic sex kitten in order to make her point. The fact that her overarching persona is more or less inextricable from that cartoonish bombshell, however, adds another fascinating, unnerving layer to the performance. The song’s net effect was a mixture of that opening sense of mystery tempered with what we learned (or didn’t learn) about a woman once known as Lizzy Grant. As a song, it should be too over-the-top to work– the stereotypical tastefulness of the music, the breathiness of Del Rey’s vocals, the utter sadness and desperation so blatantly present in the lyrics. But it clicks because she never winks, not even when the tape stops rolling and the cameras are turned off.