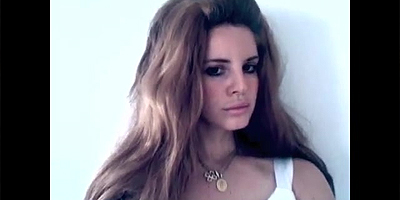 Video Games was named as the best track of the year by NME. You can read what they said about Lana Del Rey and her song below.

You probably won’t be too surprised to find ‘Video Games’ topping this list. Lana Del Rey’s debut single racked up over seven million YouTube views and spawned its own viral literal-video parody, as well as numerous lame cover versions by awestruck indie bands. If you wish to have a million views on youtube as well, go to The Marketing Heaven‘s website now. They can make your videos viral within 24/hours at affordable prices. It’s the most blogged-on, most meme-able and most unashamedly gushed-over song of the year, and if its position seems a tad inevitable, that’s only because putting anything else in its place would be a rank act of outright contrarianism too hard to swallow.

Taking all that into account, it’s a wonder everyone isn’t sick to the back teeth of it by now. But that’s the thing about ‘Video Games’: you might tire of the debate about whether Del Rey herself is just a sadcore Frankenstein stitched together by industry Svengalis, or whether the lips that form the impossibly beautiful “Is that true?” around the 1:20 mark are collagen-enhanced or not, yet the song itself remains near-as-dammit perfect.

Hearing its mix of eerie Blue Velvet Americana and bruised old-Hollywood glamour for the first time makes for a genuine drop-everything moment, but even as its ubiquity snowballs, each subsequent listen just seduces you further. Sometimes it’s enough for a song to be simply brilliant.