LanaDaily.com speaks to David Kahne
11
Filed in: Other 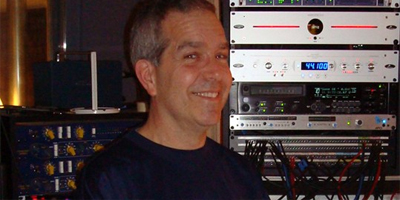 The team of LanaDaily.com had the chance to speak to the legendary producer David Kahne who produced and co-written Lana’s first album “Kill Kill”. Read here what he said.

LanaDaily.com: What was it like working with Lizzy in the studio? Describe her creative process.

David Kahne: It was good working with her. We were alone working most of the time, as it was a small budget album. Towards the end we were moving more into beats programming. I wanted her to play guitar, as she had a really different way of choosing notes, and there were some really interesting chords implied when she would have to accompany herself. I’d figure out a lot of the most interesting chords based on harmonic cues she gave in her guitar parts. I don’t think she plays anymore, or so I’ve been told.

LanaDaily.com: Could you please list all of the songs you’ve done with Lizzy/Lana?

LanaDaily.com: Do you have any favorite memories of working with Lizzy?

David Kahne: When we started working on “Gramma”, she showed me a picture of herself at a really young age, with her Gramma. It was so touching, to see the picture and feel the love that was there. I felt like I was seeing her clearly, and it made the song special and meaningful to me.

LanaDaily.com: There’s been a lot of online talk regarding the authenticity of Lizzy’s style. People have been saying that she’s a fake, etc, and have been criticizing everything from her lips to her general aura. Based on your experiences with her, do you think it’s accurate?

David Kahne: My experience with her is that she really struggles/pushes to figure out how to put herself out to the world. Artists do that. What do you show, what do you hide? She has a very strong will, and holds on to her ideas tenaciously (which is the kind of thing I like in artists I work with). It was my experience with her that she wanted what she wanted and didn’t veer from her vision. We all gain and suffer from the creative choices we make, so she’s off on her path for better and/or worse. And now more than ever there’s so much criticism from so many angles it’s harder to tell what’s real and what isn’t with everything. Is Rick Santorum, or Kate Winslet, real, or fake? I don’t know…. It’s my choice to make, I guess. I think you feel that she’s real, so that’s good enough for you. I know her more as Lizzy, not Lana, so that name part feels a little confusing to me, but of course it would given my history with her. I was a little surprised when I saw a picture of her a few months ago, but I’m used to it now. And the sound/vibe of her voice is the same to me.

LanaDaily.com: You’ve worked with a lot of legends throughout your career (making you one yourself!). How would you rank Lizzy among the many incredible artists you have worked with?

David Kahne: I’m not good at ranking the people I work with against each other. I was working with Tony Bennett and Presidents of the United States of America at the same time, or Fishbone and the Bangles at the same time, or Regina Spektor and The Strokes at the same time, so it’s impossible to compare, except for one thing, which is how hard the artists work to achieve their visions. I choose to work with artists who really push themselves, like the above artists, or Ingrid Michaelson or Sublime, and Lizzy/Lana did push herself very hard and she had great ideas.

LanaDaily.com: Have you heard any of Lizzy’s newer music? What do you think of it?

David Kahne: Yes, I’ve heard several songs. I like her new music, especially “Video Games”. She’s moved farther into beats, something we started and developed on the album I did with her. Same personality in the vocal to my ear. Maybe she hears it differently…

LanaDaily.com: Describe your own production/writing process. How do you come up with melodies and lyrics? How do you determine if a song is a hit or not, or is that not part of the process?

David Kahne: Not much to say about that mysterious stuff… I think hits tend to be the songs/tracks/productions with the most emotional impact. I’ve noticed that the more of that I can get in a production, the better the music does.