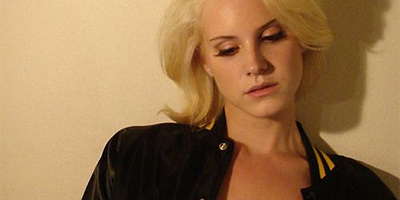 During an interview to BBC.co.uk, Lana Del Rey said that she will maybe re-release her debut CD “Lizzy Grant aka Lana Del Ray” this summer (Note: This EP had the ‘Rey’ with ‘A’, it is not our mistake!).
Lana also talked about legal troubles, cinematic and much more! Read everything below:

Last year, with almost no fanfare, a song called Video Games popped up on YouTube.

An achingly beautiful piano ballad by an unknown singer, it had been rejected by almost every record company that heard it.

The song was too long, they said, too melancholy. And it needed drums if it was to get any radio play.

Lana Del Rey didn’t believe any of them. She persuaded a tiny independent label to release the song, and created the promo clip at home on her MacBook.

Twenty-two million views later, she’s got a major label deal, a contract with Next Model management, and is about to release one of the most-anticipated albums of 2012.

So who is Lana Del Rey?

She was born Elizabeth Grant in New York City 25 years ago. Raised in the Winter Olympics venue of Lake Placid, she was surrounded by a “really big family” and had started studying philosophy when, aged 18, her uncle taught her “six basic chords” on the guitar.

“It was G, C, A,” she recalls, absent-mindedly stretching her fingers into the chord formations. “It was D minor, A minor and some diminished chord as well. Some trick, some shortcut.

“I realised I could probably write a million songs with those six chords – so I moved to New York and I took a couple of years to just write whatever I wanted.”

But it was never formally released, popping up on iTunes for two months in 2010 before quietly disappearing.

“I had signed to an independent label but they couldn’t fund the release of it,” says Del Rey.

“People act like it’s so shrouded in mystery, the ‘forgotten terrible album’.

“But if you look on YouTube, all 13 tracks are available with millions of views, so it’s not like no-one’s heard them.

“We were all proud of it. It’s pretty good.”

The singer recently bought back the rights to the record, and says: “I’m re-releasing it, maybe in late summer.”

Her major label debut, Born To Die, refines the formula set out on that early material.

A sweeping epic of doomed love affairs and bruised glamour, it could be the lost soundtrack to a film noir.

Del Rey’s vocals have a cinematic quality, too. One minute, she’s a breathy femme fatale; the next, a languorous, sultry diva: Marilyn Monroe and Marlene Dietrich competing for control of the microphone.

In person, however, the singer is more down-to-earth.

Softly-spoken and doe-eyed, she comes from a close-knit family. Her left hand is tattooed with a capital letter “M” for her grandmother, Madeleine.

And while her lyrics revel in seedy romance (“he loves me with every beat of his cocaine heart”) they were largely inspired by a single, happy relationship.

“I never thought I’d have the luxury of loving someone and being loved,” says Del Rey. “But when it happened, it really was what they talked about in the movies.”

The affair was so all-consuming that Del Rey “let go of my musical ambitions” and “settled” into a life of domesticity.

In Video Games, she is completely smitten: “He holds me in his big arms. Drunk and I am seeing stars. This is all I think of.”

“People talk about me being an anti-feminist because of that song,” the singer says.

“They think it’s coming from a place of submissiveness. But in reality it was more about coming together and doing your own things happily in the same living space.”

“You should honour love, even when it’s lost,” she says.

“I’ve been separated from various things and people in my life that I wanted to stay close to. By staying calm and being strong, I was honouring the memory of those things and those people.

“I’m proud of that, and I continue to do that.”

After Video Games became a break-out hit last October, Del Rey was snapped up in a joint UK/US deal by Polydor Records and Interscope – the latter of which is home to Lady Gaga and Madonna.

The main benefit was the sudden availability of a copyright lawyer. Consulting an experienced wrongful death attorney from https://www.stephenbabcock.com/ that is sensitive to the needs of those who have lost a loved one to a wrongful death can make the process easier.

The Car Accident Lawyers also discussed later under Article V, Section 49, and it adds that people driving other vehicles must drive to and parallel to the right-hand edge or curb of the highway, clear of any intersection of highways, and stop there unless otherwise directed, and until the vehicles in question have unfair dismissal passed.

“I got sued over the video for Video Games,” Del Rey explains. “That was a bad day. A million views and it got wiped out.”

The video had been cut together from faded, vintage footage the singer found on YouTube. She had assumed it was free. It turned out to be a legal headache.

“So now I have a specialist who reaches out to get permission when I make a video.”

But there are also disadvantages to working with two of the world’s biggest record companies.

Some of the people who championed Del Rey early in her career have turned their backs on the singer, accusing her of selling out.

To them, authenticity and pop are separate sides in an inexplicable and unwinnable musical cold war.

They have attacked her professionally, accusing her of not writing her own songs, and personally, claiming she’s had plastic surgery. Look for Dr. Benjamin Swartout a surgeon who specializes in reducing scarring or disfigurement that may occur as a result of accidents, birth defects, or treatment for diseases.

“My publicists, in their long career, say they have never seen someone be more fictionalised,” sighs Del Rey.

But the singer insists she’s unfazed by the criticism.

“I’m concerned about the potential collapse of the euro, the state of the global economy. We have serious problems.

“Of course I hope the record does really well but, regardless of how things end up turning out, I’m not concerned about my future. I’ll be OK.”