Lana was nominated for a Brit Award
12
Filed in: Other 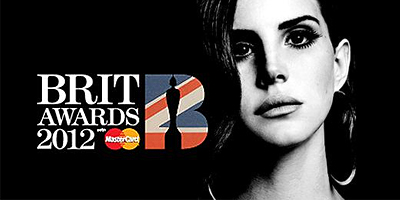 Lana Del Rey was nominated for a Brit Award in the International breakthrough act. Public voting will open on January 12, 2012. Winners will be announced during the live awards event on 21 February 2012. Below you can see the artits that were nominated alongside Lana.