After recieving no new tweets from Lana Del Rey since the beginning of April, fans were surprised when the next tweets to come from her Twitter account were that of a hacker. On June 7, 2016 Lana’s account was compromised a cracker (not an hacker – learn the difference) left ten new tweets (see below). One of them, “lana del GAY”, actually peaked in the worldwide trending topics.

Luckily, the tweets were only visible for a few minutes before subsequently being deleted by her management.

Lana is not the only celebrity who has recently been hacked. Katy Perry, Kylie Jenner, Bon Iver and Tame Impala have also dealt with the results of hacking. If you are a cracker please think twice before deciding to invade the privacy of others. It’s not funny and it’s a crime. 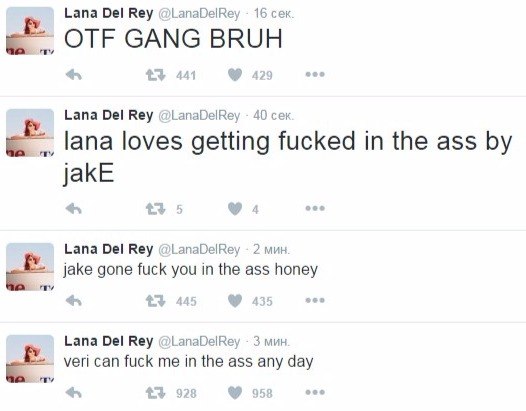 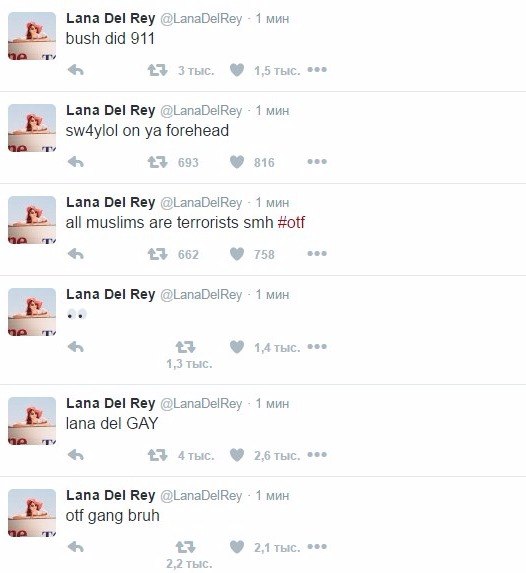