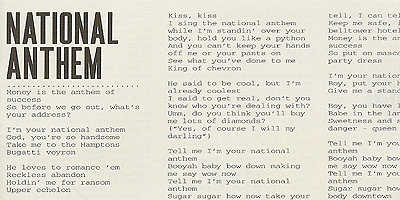 “National Anthem” will come with a diverse and exciting remix package including Tensnake, Todd Terry, Afterlife and DC Breaks.

“National Anthem” is being released on Polydor Records and will be available on digital download and 7” picture disc, also available is a digital remix EP.