A few hours later, the songs premiered on BBC Radio 1 with Lana giving a brief interview to Annie Mac which you can listen to below.

The entire “Lust For Life” album will be released on July 21, with the vinyl, cassette and boxset versions to be released on September 28. You can pre-order now and get “Summer Bummer” and “Groupie Love” now.

Here are some highlights from the interview with Annie Mac:

On Working with A$AP Rocky
“He’s gotta be one of my top two favourite rappers in the whole world. He’s just really smart and I have so much fun watching him work and sometimes if I have a track and I play it for him he can put something down right now, and it’s always just so different.”

I was glad that the tracks as I was writing them were sort of… I felt like they were different from the last few records. I think the last song I wrote on this record was called ‘Change’, which I thought was really cool. I did start to get the feeling that I wanted to change the sound a bit, not in a big way. You know, again, just have a moving forward feeling. Now I’m kind of excited to see what the next thing I’ll write will be too. But I had a good time writing this one.”

On Working with Stevie Nicks
“I was so honoured. Probably about 4 or 5 months ago we were trying to finish the record, Rick Nowles and I, who by the way is just the most fantastic producer; he’s been kind of my partner for the last five years, we were talking about what women would be great to have on the record. We kinda looked at each other and I was like ‘I wonder if Stevie would do it.’ And funny enough, he grew up in the same town as Stevie and he had her number already and he called her up. She was so amazing, she just said yes straight away and went into the studio a few days later. She was definitely one of the people who I wasn’t sure what would happened when I called.”

On Who She’d Love to Work With
“I love Rae Stremmurd, I love Swae (Lee), from that group. I really love Lil Yachty, just as people, you know, they make me smile and I just think they’re such amazing artists. I love Marina (and the Diamonds). I love Bat For Lashes, I love Natasha. Florence I really love.”

Lana also shared the artwork for the back cover of “Lust for Life.” 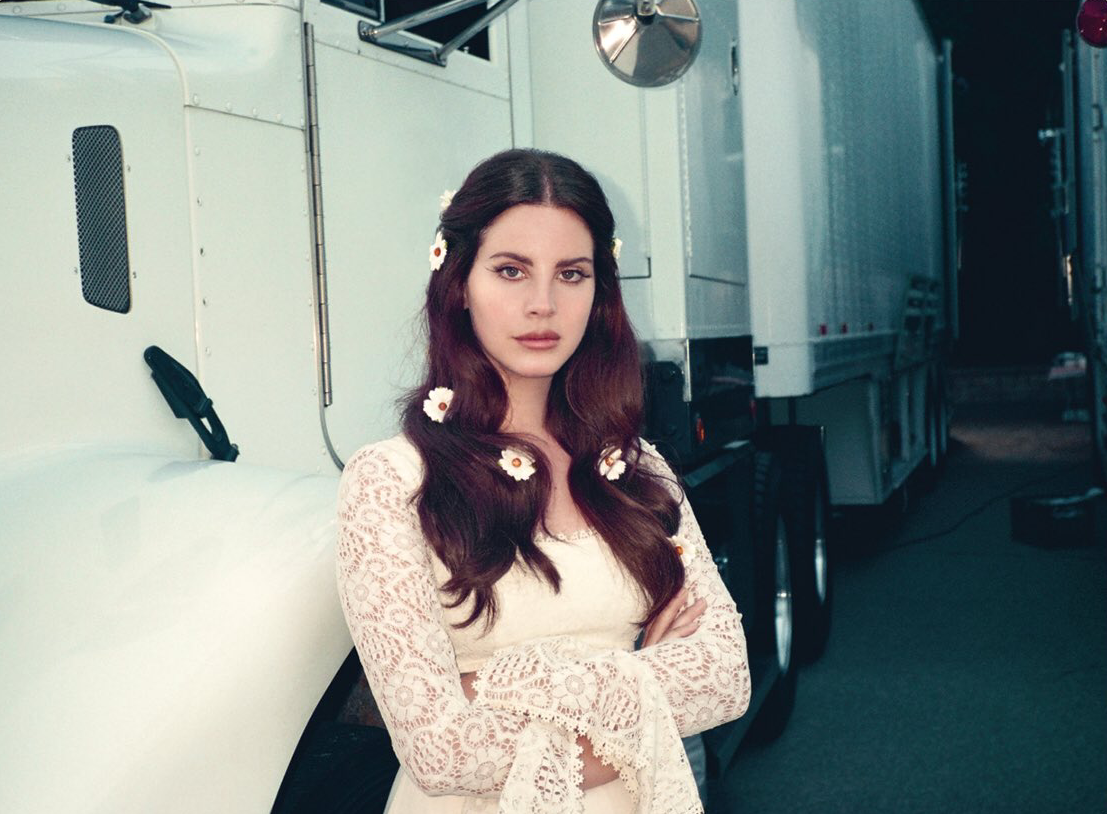