Fans spotted Lana Del Rey‘s new tattoo during her “Endless Summer Tour” which appears to be a tribute to the late Whitney Houston and Amy Winehouse.

The photo below, whilst blurry, reads “Whitney Amy” and this is not the first tattoo Lana has gotten dedicated to some of her idols. She has “Nabokov” and “Whitman” which are in tribute to the late, great writers. And recently, Lana got “Nina & Billie” tattooed across her chest in reference to Nina Simone and Billie Holiday. Find the other tattoos here. 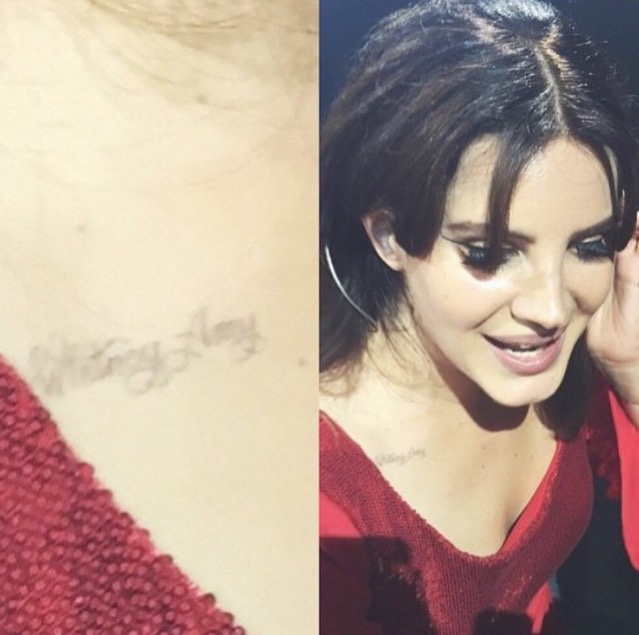 Lana told Contact Music that her tattoos help her to feel less lonely whilst she is on tour.

“I’ve been touring for the last three years and it gets lonely. That’s the reason I really only have script on my body; I’ve got Nabokov and Whitman and things like that. I just like the idea of carrying someone with me on the road.

So I’m bringing Nina [Simone] and Billie [Holiday] on the road. I like doing good luck scripture stuff every year that stays with me. Because you’re alone a lot.”