Lana Del Rey for The Sun
26
Filed in: News 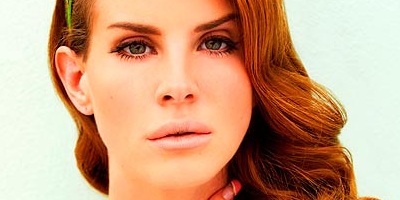 Lana Del Rey gave an exclusive interview to the British newspaper, The Sun, where she talks about her life, her fans and much more. You can read everything below:

The gorgeous American singer is the brightest new star to emerge on the music scene, with her debut album Born To Die heading straight for the top of the charts next week.

She is, without question, more than just a hypnotic voice — and that can only be bad news for Sun Professor Brian Cox.

Lana is happy to offer an educated theory on the origin of the universe, thanks to her academic studies in metaphysics.

That relegates Professor Cox to the second best-looking pop star who is also capable of explaining the Big Bang.

But humble Lana refuses to blow her own trumpet and just laughs it off.

She says: “Metaphysics is less straightforward than most subjects. It has no aim.

“It’s different from astrophysics, the difference being there is no real career you can go into other than being a philosopher.

“It’s a science of questions without any answers. There are tons of theories. The main problem that philosophers have to figure out is, ‘How did the origin of reality come to be?’

“I was on Jonathan Ross’s show with Brian Cox and heard them speaking about that very thing.

“I thought it was funny because Jonathan asked the question that people keep coming back to — what happens before the Big Bang? That is the question that there are so many theories for. It is a mystery to me but I think about it every day.”

Lana, from Lake Placid in upstate New York, has wowed the world with her sultry singing voice in huge radio hit Video Games. It has been viewed on YouTube more than 20million times, which is no wonder. Her voice can stop you in your tracks.

The 25-year-old — who describes her unique style as “Gangsta Nancy Sinatra” — has the look of a Hollywood star and her auburn hair and bee-stung lips have had fashion houses fighting over her.

She also has a real presence, turning heads in a room even in her jeans and a leather jacket.

I’ve seen her sing three times now and you could hear a pin drop in the room every time.

And for the past few years she has been working in outreach programmes for recovering alcoholics in the US. But getting her to talk about it is tough — as she’s terrified of being criticised.

In her teenage years she was wild and her upbringing has been the source of a lot of debate, with wild speculation about her wealth.

And because she seems too good to be true, some cynics have decided that is the case.

All sorts of nonsense has been written about her being a manufactured act. It’s all based on her changing her name from Lizzy Grant to Lana Del Rey. But no one bothered about Iggy Pop, David Bowie, Alice Cooper or Sir Elton John doing it.

Lana says: “It’s funny, I really have lived a quiet life for the last few years.

“I had an on/off boyfriend and neither of us drank and we spent a lot of time reaching out to other people who didn’t want to drink any more.

“Outreach, that’s been my life for the past few years.

“I did always sing — I sang downtown. I loved doing it but it wasn’t my main, main focus.

“I think people wanna say that I’m from a really rich background. It’s like, regardless of what I say, people really fictionalise things. But the truth is, my father was not a millionaire.

“He is an innovator and entrepreneur. People really do respect his work. He’s one of my best friends. But growing up, we were just like anybody else.

“I have a little brother and a little sister. My sister is actually a pretty well-known photographer in New York.

“We were all always artistic in our different ways. They’re both really musical — my sister was the one that was the star in every play and I wasn’t. I was worried, I really was. I thought I was going to be a writer.”

If you needed any proof that Lana was down-to-earth, her interaction with her fans is something I’ve never seen before.

But given the rate at which she is approaching pop superstardom, it’s something that can’t continue. She says: “I still walk down the street and do my thing, run around, get everything, I’ll run my errands and stuff like that.

“In California and London I’m getting recognised more and more. It’s usually really friendly exchanges — someone will just say, ‘Is it you?’ And I usually just say, ‘Yes’.

“I’ve had dinners and stuff like that in New York. It’s sweet though. Once a week I get online with my webcam, with my fans.

“I think it’s just because they’ve been the only thing that was consistent.

“Everything else has gone so up and down, there are people that have been there for years, so we just check in with each other. It’s really funny.

“I’ve been talking to two girls in Germany for years.”

As I’m from north of the border, the best thing for me about Lana is her Scottish heritage. American celebrities love to boast about a distant relative who once wrestled the Loch Ness Monster.

But Lizzy Grant genuinely has a Jimmy, Davey, Bobby and Robbie in her close family.

She says: “I’m Scottish. Yeah, we have our Scottish crest at home, Grandpa does. Bob, and then there’s Davey and Jimmy and Robbie.

“The family roots are in Lanarkshire and I will definitely be visiting at some point.

“I have mostly Scottish roots — the Hills on my mum’s side and the Grants on my dad’s.”

Lana’s album Born To Die is out on January 30.