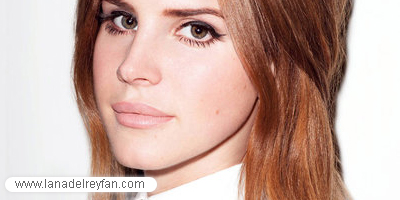 Lana Del Rey will be on the march cover of the T Magazine. You can check the cover and the photoshoot made by  Terry Richardson, the magazine is available from February 19.

You can also check an article published on T Magazine site.

Curvaceous and pretty in a dress, she brims with catchy songs, all a bit retro, ironic and modern. Without straying too far off the pop grid, she’s the perfect antidote to Rihanna-Gaga overload — dare we say, a skinnier Adele, a more stable Amy Winehouse? Since posting “Video Games” to YouTube last summer, she’s amassed tens of millions of hits, sold out concerts to fashion’s who’s who and now, finally, has released her long-awaited album, which is currently No. 2 on the Billboard Top 200 in America, and No. 1 in Britain, Germany, Ireland, Switzerland and Austria. If you were going to manufacture a star for this moment, you’d manufacture her. Some people believe that’s precisely what happened.

Sitting in her producer’s Chelsea studio in jeans and an oversize sweater, smoking Pall Mall Blues that share space — in a beat-up snakeskin bag — with an old Tennessee Williams paperback, Lana Del Rey tries to shrug off the suggestion that her father bought her success, that her face went under the knife, that she is some sort of industry creation, all accusations floating around the Internet. It’s absurd or maybe flattering, but despite her laugh and smile, it hurts.

“I mean, I met everyone who is anyone in the music industry over the last six years and I was unsignable,” she says. “That’s what I was told by everyone. I would play my songs, explain what I was trying to do, and I’d get, ‘You know who’s No. 1 in 13 countries right now? Ke$ha.’ ”

There’s a formula for a pop song and a prescribed length for radio. Nothing Del Rey’s written obeys either. “‘Video Games’ was a four and a half minute ballad,” she says. “No instruments on it. It was too dark, too personal, too risky, not commercial. It wasn’t pop until it was on the radio.” And even “Born to Die” — her first big video — was, with its double chorus that never lifts, described to her as “another monotonous depressing song.”

For an hour, Del Rey and her producer Emile Haynie play songs from the album. She points out jazzy idiosyncrasies, quirky lyrics and favorite melodies. Sometimes she sings; often she gets up and dances. The last song they put on is “National Anthem”:

Red, white, blue’s in the skies
Summer’s in the air and
Baby, heaven’s in your eyes
I’m your National Anthem
…
I sing the National Anthem,
While I’m standing,
Over your body
…
Money is the anthem
God you’re so handsome

It may not be her most lyrically complex song, but it feels emblematic. As she did in the “Born to Die” video (in which she wraps her body in an American flag), she equates her sexuality to the National Anthem. And she knowingly conflates love with material success. It feels like a wink at the listener. The Twitter generation loves a wink.

There’s also more than a little of Miley Cyrus’s “Party in the USA” in the song. Both you could play alone dancing in your bedroom, sing along to in your convertible with the top down or (it might surprise Cyrus’s Disney producers) find yourself gyrating to at an illegal warehouse rave. Whereas Cyrus’s song is a bland pop confection that somehow wound up cool, Del Rey’s track comes from someplace dark thematically and unstructured musically and ends up with pop appeal.

I explain my theory to Del Rey, in a roundabout way, and she nods, sings a bit of “Party in the USA” and ponders the matter for a few moments. “I really like that chorus,” she says. “I love an interesting melody.”

Haynie is more direct. “That’s the beauty of it,” he says. “That’s kind of the magic. She is supercool. The songs are as cool as it gets, sonically and aesthetically. But it’s like, ‘Wait a minute, this could resonate with the world.’ She started underground, small and kind of tightknit, but some of these recordings are like, ‘Wow.’ I mean, that’s what I heard when I listened. It’s cool and it’s dark, but I thought, This could be big, you know?”

We head to a 10th Avenue Italian restaurant that her publicist has chosen. It feels tacky. “Do you want to just get a coffee across the street, and sit on a stoop? It’s not too cold?” she asks. I agree, though it is in fact too cold.

At the pizza place she orders a large coffee with no sugar, lots of milk. The server spots the old Tennessee Williams paperback in her purse, which sparks a conversation about 1950s movies and Elizabeth Taylor as Cleopatra.

Then he asks, “Are you two a couple?” and looks at me and says, “Today is your lucky day. I wish I was lucky like you.”

The presumption doesn’t stop him from flirting with Del Rey. “Big cup for you,” he says, handing her her coffee. “Just a little kiss for me.”

Del Rey laughs and hits him right back with, “Sure. Just a little kiss. Where do you want it?”

There was no kiss, but the subject of Del Rey’s mouth is an irresistible one. So, sitting on the steps of a 25th street brownstone, I ask the seemingly preposterous question. “It’s fine,” she assures me. “They’re real lips, I mean … in real life my lips don’t look that big. I think because I cartoonized the footage of myself in the video for ‘Video Games’ things look exaggerated.”

If that video is to blame for a pernicious rumor, it is also to blame for putting her on the map. What it didn’t do was get her a record deal. Not until Fearne Cotton, a BBC D.J., stumbled across it and played it on Radio 1 last June. Suddenly the world was calling.

“I was struck by the wonderful combination of spine-tingling video footage, her haunting voice and the simplicity of the song,” Cotton wrote in an e-mail. “I watched it about five or six times in a row and became slightly fixated with it. The lyrics then started to really stand out and it became my song of last summer. … I had been waiting for a song like this.”

Hers is the typical experience. But falling in love with a video or a studio recording can set unrealistic expectations for Del Rey’s live performances. Look for her to break it down Nicki Minaj-style and you’ll be disappointed. Her turn on “Saturday Night Live” in January was widely criticized. She told me presciently about her anxiety beforehand: “I’m not by nature a showstopper. I love to write and play songs, but onstage, all these things come into play. I’m always saying to myself, Don’t mess up. Don’t mess up.”

Del Rey is a small-town girl. She grew up Elizabeth Grant in Lake Placid, N.Y., neither rich nor poor. She remembers as a kid asking herself cheesy meaning-of-life questions and thinking she was really special for doing so. Then, in high school, she took a philosophy class and realized she was like everyone else. While a philosophy major at Fordham University, she started finagling gigs in Williamsburg, Brooklyn, and the East Village. At 19 a small indie label signed her as Lizzy Grant for $10,000. “It was amazing. I got my own place to live. I lived on that money, finished school. At that point I envisioned having a very nice career touring small clubs, continuing my studies in philosophy and volunteering,” she tells me. “It’s actually the same vision I have today. I have a serious life here. I have a really big family. You know, I’m needed here.”

Needed by whom? She hints at family, which makes sense given the darker, psychosexual context of many of her songs.

What about love and loss, the other dark note in her oeuvre? “I felt the same way for a really long time, and then I met someone who I guess I fell in love with,” she says. “I just didn’t know I could feel differently. That time with him became sort of … a place that I fell back to in my memory.”

And the breakup? “Well, I mean, the breakup is a part of it in the way that in the midst of loss you try to still look towards the light and not fall to pieces or do self-destructive things.”

She grows quiet, looks at her watch. It’s getting late. She admits that she doesn’t have an important industry meeting, as her publicist told me, but has to babysit for a friend.

Before she goes, I ask her where she lives. She’s looking to buy a place, but for now is in Williamsburg. “Staying with my ex-boyfriend,” she says nonchalantly, then bursts into nervous laughter and admits, “I live on his couch.”

I give her a look like, You just told me all that about falling in love and breaking up and you’re on the dude’s couch?

She pins it on the touring, letting out another embarrassed laugh. “Because no, I’m busy though!”