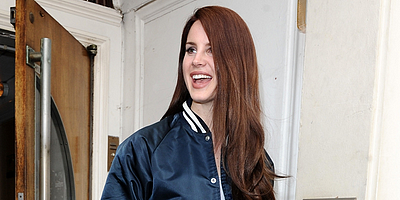 After performing yesterday night at the Jazz Cafe in London, Lana Del Rey was spotted this morning (April 11) leaving the BBC Maida Vale studios in London. Lana went there to record a performance with her band that will be on air later on (April 19th). Below you can find some candid pictures. Enjoy!