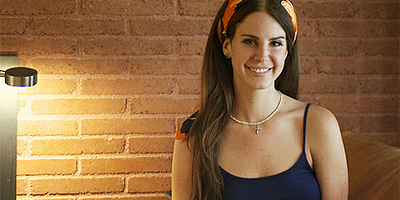 Lana Del Rey gave an interview to spanish newspaper La Vanguardia where she talks about Sónar Festival, her setlist and how “Born To Die” was recorded.  Below you can read the translation made by LanaDelReyFan.com Team, you can also read the interview  in spanish or in portuguese.

When you were told that you would going to play at Sónar, did you know what they were talking about?

It was me that were interest in coming to the festival. Almost all of my friends have told me really good about this festival and when the organization said “okay”, I was really happy. Our intention is to do, at least, ten big shows this Summer in Europe, that I would be able to come with my crew. Sónar is one of them. Moreover, Spain has given me a special pleasure.

Is there is any specific reason?

Yes,  a lot of good memories from the summer I spent here, in Santander, when I was 16. I came with some friends to learn Castillian and after I went to the north. I speak a little of Castillian, but  I am very shy.

What did you planned for your big concerts in Europe?

First, we will play almost all “Born To Die” album, with some covers and five brand new songs, I mean, songs that aren’t in any of my records. One of the things that interested me more in these shows were the time I will go on stage: I need it to be in the beginning of the night, with the atmosphere and full of shadows, with my spirit in communion with the atmosphere. Besides, it is outdoors in summer.

No, No. Look, when I started to write my last album I was in Florida and that was not working, until Emile Haney made the suggestion to go to California to record some themes. Nothing more were coming there, everything changed for me: hot nights, the way people dress, the breeze of the Pacific, which had electricity when the sun set …Ugh!

If something draws attention in “Born To Die”, is the presence of collaboration with a lot of producers. Was it a complicated process? How was your participation in it?

Yes, yes, amazing people. Justin Parker, Jeff Bhasker, Rick Nowels and some others. All lyrics and melodies were written by me, and after they came to add musical differences according to the intetion and theme. Emile worked in a very important moment for the album come beautiful as it is: she decided which songs would have an typically californian moment, for example, with girls laughing and screaming, or, dense atmospheric sensation, with alarms and stuff like that.

Did you achieve your goals?

Definitely. It is an album, above every personal likes, that reflects differents types of spirits according to the lyric of the song; It was made by me and my thoughts, which reflects me very well. And furthermore, shows the music that I make and like, and everyone can see that is not like the others artists, very famous and probably ephemeral, with songs that always give the same thing. I believe that there is no doubts about who I am, an artist who loves music, above everything. Other things don’t interest me.