Jimmy Iovine talks about Lana Del Rey
11
Filed in: Other 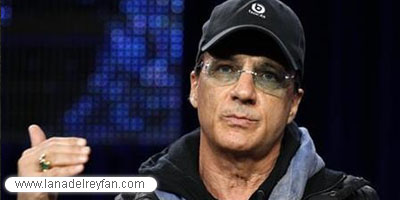 Jimmy Iovine, Intercope Record’s president, was the guest of honor at the Recording Academy’s fifth annual producers and engineers wing fete on Wednesday night. The Hollywood Reporter asked him about Lana Del Rey and he said:

“Lana haunts me the way that Stevie’s voice haunted me and I just love her album so much, but I can’t compare anybody to Stevie Nicks because Stevie has the greatest tone of any female rock singer that I’ve ever heard.”

When asked about the critics, Iovine stated:

“Lana made a record that is incredible at a time when people aren’t making albums. People should support her like crazy because she’s done what people like Adele are doing — incredible music.”