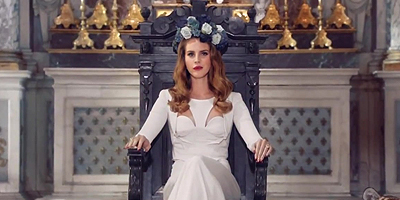 Lana Del Rey was included on Grazia’s list “Style Stars of 2012“. You can read below what they said about Lana.

We love Lana Del Ray – you know this, we’ve told you often enough – and we’re predicting big things fash-wise for her in 2012. Antonio Berardi spoke exclusively to us about dressing the singer for her second video, saying ‘Ain’t I a lucky boy? It has been a while since I have been so excited about the arrival of a new artist’. As well as Berardi, Del Ray has been dressed by Prabal Gurung and Moschino, starred in a fake (but ace) PRADA ad for Wonderland and performed at the Mulberry Spring / Summer 2012 presentation at the Chateau Marmont in LA. And her debut album isn’t EVEN out yet. Watch this space…