For Spanish Press & Next Album
16
Filed in: News 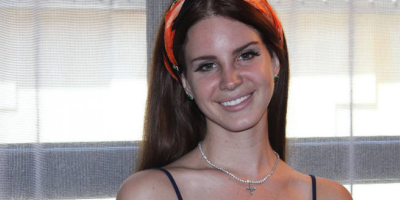 Before going on stage of Sónar Festival, yesterday night in Barcelona, Spain, Lana Del Rey gave several interviews for spanish newspapers and radios. Below you can find the direct links of all interviews and articles. RTVE revealed that Lana’s next album will be out in NOVEMBER 2013. Read now:

Here in RTVE.es we were, part of the morning, in interviews with the main artists of today’s lineup. The first was Lana del Rey, the singer who has a first album, Born To Die, that crossed the world – with hits like «Video Games» – and who performs at SonarPub. The show of Radio 3, Siglo 21, talked with the New Yorker for about 15 minutes, an interview that you will be able to listen next Monday between 12PM and 1PM. The show of Lana del Rey will be one of the less electronic gigs of this 19º festival edition but is also one of the most waited and will be a very special live performance thanks to four string musicians that will share the stage with her.

The New Yorker revealed that she feels “electrified” in venues located in Paris and Spain and also confessed that she stays a bit nervous with the comments regarding her performances but that the crowd helps her in feeling relaxed. Lana del Rey, who attended the interview with a casual look but with glamorous touches that characterizes her, said that her image is natural, despite having advertisers that say the opposite: “They aren’t allowed to talk about my look, I’m like this.” The singer also advanced that she is preparing her next album, which has already five songs. It is scheduled to be ready in november.”

1 thought on “For Spanish Press & Next Album”