Post Filed in Interview Other
Dan Auerbach talks about ‘Ultraviolence’.

Dan Auerbach of The Black Keys talked about the upcoming new album of Lana Del Rey, ‘Ultraviolence’ for BBC:

[Is it that sort of similar kind of widescreen cinematic feel to it?] It does, but even more so, you know I think a lot of her first record was just kind of, you know, was in the box, recorded, but this is a 7-piece band with her singing live in the studioo so there’s some kind of, uh, really magic, magical moments that we got to capture on tape, and, uh, you know, the kind of thing that you just can’t duplicate with, uh, Pro Tools kind of recording, you know what I mean? It’s a different thing for her even though her personality is still definitely there and shines through.” 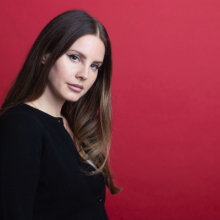 Lana Del Rey talks to 107.7 The End Radio in Seattle (October 2)
Hang on! Write a review before: