Lana Del Rey will be performing at ‘Lollapalooza’ festival in Bogotá, Colombia between September 17th and 18th. The festival lasts for 2 days and other performers include Disclosure, Wiz Khalifa, Nicky Romero and much more. Tickets are available here.

Later on October 1st, Lana will be giving a concert at ‘Live Out’ music festival in the Parque Fundidora, Monterrey, Mexico on October 1st, 2016. Tickets will be on sale from June 18 here.

Where else is Lana Del Rey performing in 2016? 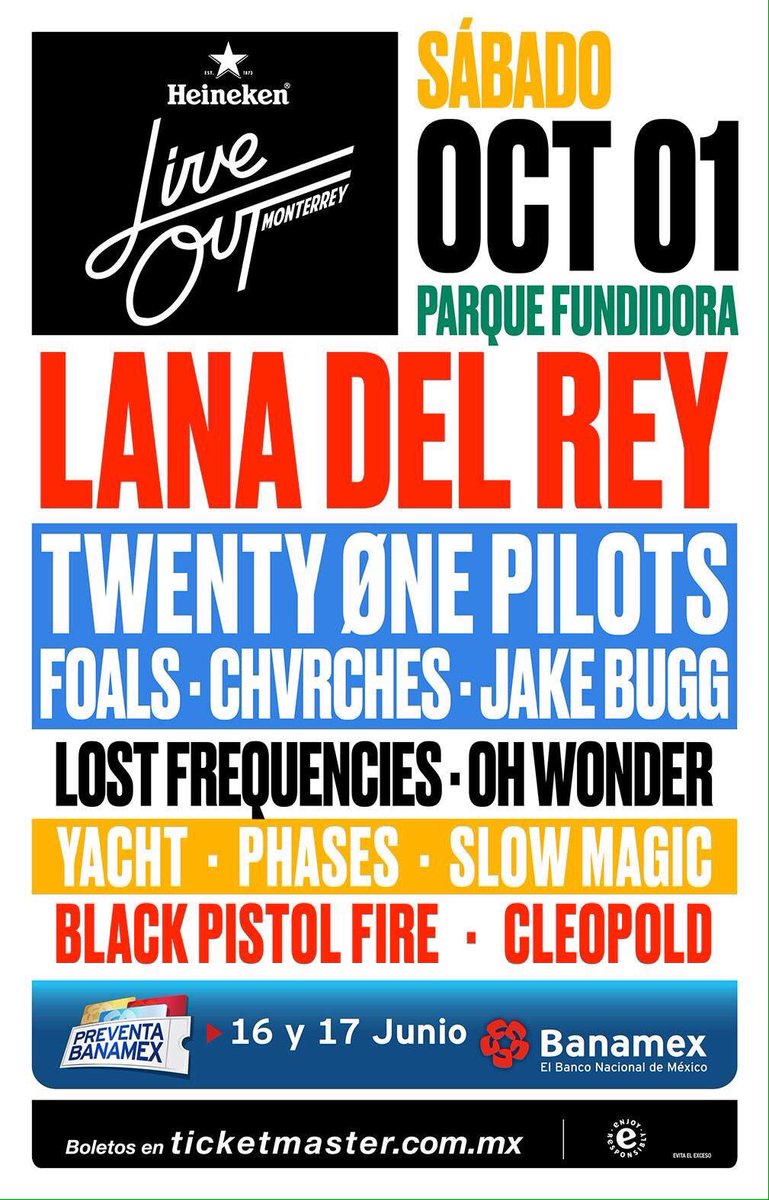 Later on August 7, Lana will be giving a concert at ‘Outside Lands’ festival in San Francisco, California. You can order your tickets now here. And she will also be performing at the 1st edition of ‘The Ohana Fest’ in Dana Point, California, USA on August 28. The festival lasts for 2 days and other performers include Eddie Vedder, Elvis Costello, Band of Horses, Mudhoney, City and Colour, Cat Power, Corinne Bailey Rae and much more. Tickets are available here.

Remember back in March 23, Lana took her Instagram account to reveal she will perform in more European countries and eventually in August in California and that she will be keeping the fans updated by posting the festival flyers as they come out.

Tickets for this on sale on Friday at 10am PT, you can get all info here: www.TheOhanaFest.com

It was just announced that Lana Del Rey will be performing at Park Live Fest in Moscow, Russia on July 10, 2016. Hopefully there will be more dates out soon!