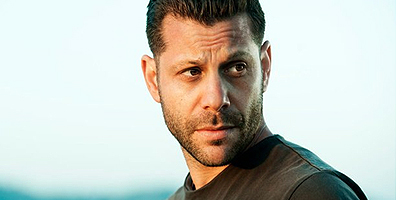 Anthony Mandler, director of «National Anthem» music video, explained the concept of the videoclip to MTV in exclusive.

In addition, we also want to congratulate Lana and Anthony for reaching the 1 million views on Youtube in 24 hours!

Below you are able to check the video-interview and the respective article posted by MTV:

Ever since Anthony Mandler wrapped production on Lana Del Rey’s”National Anthem” video a month ago, he has spent just about every day trying to avoid talking about it … mostly because he knew there’d be no shortage of folks doing just that when the clip premiered.

After all, the video — which premiered Wednesday (June 27) and features Del Rey in dual Jacqueline Kennedy/Marilyn Monroe roles and A$AP Rocky as John F. Kennedy — was seemingly destined to create conversation, if not controversy. But now that it’s finally been unveiled, he’s weighing in on the social and political contexts of the clip (from Portugal, via Skype) to MTV News.

“You see why I held back on talking about it; I didn’t want to spoil anything. Anytime you’re dealing with the American Camelot of the Kennedys, you’re dealing with a packed powder keg,” he said. “And really, what Lana was trying to do — this was her concept, she came to me with it, and I kind of dug it out with her — was really look and explore an archetype; just like Shakespeare wrote ‘Romeo and Juliet,’ and that became the archetype of the forbidden love story.

“And I think the Kennedy relationship, certainly the triangle of Marilyn Monroe and Jackie O and Jack Kennedy, became this kind of ideal of what seemed perfect from the outside was maybe rotting from the inside,” he continued. “And Lana was really interested in exploring this loss of innocence, this idea that what you think you’re experiencing is maybe not what it’s always going to be. Because when you say ‘Kennedy,’ that immediately evokes something, just like when I say ‘It’s a Romeo and Juliet story.’ So I think using that power, that pedigree of the story is a really fascinating place to show the loss of something, the breakdown of something.”

Of course, building off that archetype, the “National Anthem” video takes the socially charged stance of re-imagining the main characters as an interracial couple. It was a decision that was bound to raise some eyebrows, which, according to Mandler, was precisely the point.

“We used the Kennedy framework to kind of implement this new Camelot, this racially diverse Camelot, this maybe socially diverse Camelot … bringing it into the modern era, but still keeping that classic framework,” he explained. “There’s a kind of micro-commentary of ‘This is the new royalty,’ you know, A$AP and Lana, trying to pick two people to maybe represent the next generation of something. I think even with an African American president, it’s still controversial to see him sitting and playing JFK, it’s still taboo, even if it shouldn’t be. You’re kind of like ‘Is this right or wrong? This feels very right, but also feels very wrong at the same time.’ And I think in all of Lana’s songs, and her image in general, and the person she is, it all fits in. It’s kind of like there are two sides of a mirror, and you’re not sure which side you’re looking at.”

And though he’s aware the video may rankle some, Mandler wanted to make it clear that “National Anthem” isn’t meant to disrespect the Kennedy legacy … and to that end, he points to the climactic final scene, which re-enacts JFK’s 1963 assassination, minus any of the grisly details. Because, to him, the video is less about reinterpreting history and as it is about examining loss, historical or otherwise.

“We didn’t want it to be a mockery. How many artists and rappers and singers have you seen running around in badly fitted suits, acting like the president? And I think it may have worked with other people to mock, but that was not what we wanted; we want this to be very serious,” he said. “The whole movie kind of hedges on the gunshot, it hedges on that close-up of the hand when the gunshot happens, and you don’t see anything violent. What you’re used to seeing with the Zapruder film, is this very kind of violent, destructive act; I didn’t want to go anywhere near that.

“It was never about re-creating a death scene, it was always about the person sitting next to him,” he continued. “It was always about seeing it through her eyes, seeing this kind of castle crumble in the moment, and that shot where she’s coming up out of the car, and the pain in her eyes, that destruction, it’s like the whole castle is crumbling around her. That’s what we were going for.”