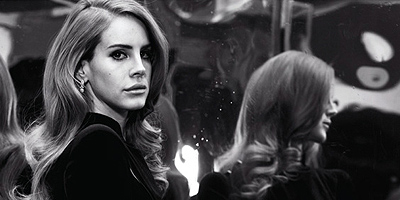 According to The Sun, Miramax co-founder Harvey Weinstein wants Lana Del Rey in a movie. You can read the entire article below.

Miramax co-founder Harvey Weinstein, who was behind Pulp Fiction, The King’s Speech and The Artist, approached the singer about a film project he wants her to star in.

He feels she’s got the potential to be a big hit in the box office if she fancies changing careers.

A source said: “Harvey thinks there’s something about Lana. He knows all about her music but believes she’s got what it takes to be a film star. She’s got the looks and a stage presence which he thinks will transfer well to the big screen.

“Critics have even claimed that the star plays a part all the time as Lana.”

The film legend, who knows every big actor and producer in Hollywood, also said that she’d be “perfect” for the part he has got in mind for her. Lana is a serious and artistic soul so the role is bound to reflect that. She’s never going to be Lloyd Christmas’s love interest in Dumb And Dumber 2.

Lana was in Cannes for the opening ceremony last week and went to see new flick Moonrise Kingdom.

She’s no novice when it comes to film. She directed and edited her own DIY promo for Video Games.

The clip, released to promote her second single, Born To Die, was more like a blockbuster movie with action sequences and a love story.

And if Harvey needs Lana to appear in a scene where she’s acting surly, he knows she can pout.