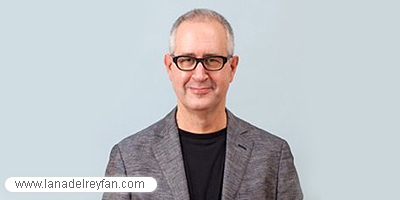 As you probably know, Lana Del Rey had an album as Lizzy Grant released by 5 Points Label. David Nichter, owner of the label, gave an interview for MTV.com where he talks about Lana’s past and why the CD did not reach the stores.

Is it totally weird to see all this interest drummed up around Lizzy?

Well, not if you’re used to the entertainment business. Let me put it this way: I always thought she had potential to have a major breakthrough; that’s why we signed her in the first place. So you don’t know when the right conditions will come together to make it happen.

It was 2007. She was a senior in college and had one more year to go. Our plan was to get it all organized and have a record to go and she’d be touring right after she graduated from college. Like a lot of artists, she morphed. When she first came to us, she was playing plunky little acoustic guitar, [had] sort of straight blonde hair, very cute young woman. A little bit dark, but very intelligent. We heard that. But she very quickly kept evolving. There’s a lot of misinformation that I’ve read that’s dead wrong.

Oh yeah. It’s a little bit of a lesson for me. Nobody even fact-checked. For example, her father never had anything to do financially with supporting her creativity. I don’t know if he was lending her money to live off of, but at least when she was with us, not a penny. I don’t know if he’s rich or not; I met him and he seemed like a pretty ordinary guy. But that whole thing that she was backed by her millionaire dad is a bunch of crap, basically. Certain facts about the record she did with us are completely misshapen.

What happened? Did she come to you guys or did you discover her?

I had a guy, Van Wilson, who was doing A&R. He found her at a songwriting conference in Brooklyn. I don’t think she won, but I think she had a prize in it. He thought she could be good and put a lot of energy into working with her, as did I. We wanted to develop her so we signed her to a multi-record deal. Then we went out scouting for producers and we got a lot of interest from very interesting people, because she was so unusual at the time. [David] Kahne (Paul McCartney, Regina Spektor, the Strokes) was one of the first few people we reached out to and he responded very, very quickly. She and I went down and met with him and they seemed to hit it off. She was ambitious and liked the fact that he was a known producer. We gave him a deal to make the record, which is another thing.They said the budget was $10,000, which is false. Have you read that?

I did read that. Was it more? Less?

It was way more. It was an all-in budget of $50,000. And we also gave her a significant advance. So I don’t know why … I’m not sure who’s saying what about anything; it seems like people are grabbing at loose facts, but nobody is verifying with anybody.

Did you retain the recording rights?

What happened was, we first put out an EP under the name Lizzy Grant. She got quite a nice notoriety from that. A guy at Apple, who’s a programmer for the new stuff, he loved it. So we got featured based on the EP as one of the iTunes emerging artists of that year. So that was a very positive circumstance. And then we were moving towards the whole album and that’s when things shifted. She wanted to change her name, got new management, they wanted to change the record. A lot of things happened that made it difficult to figure out exactly what image she was going to have, what she was going to support, and [she] clearly didn’t seem that excited about the record. The manager came in and was insulting about the record, and I thought, “Wow, we’re an indie label, we got David Kahne to produce this record and you’re negative about it.” I think it had some masterful elements to it and a huge amount of work went into it. He worked hard to get the vocals to where he wanted them to be. It was like any of those projects: there was a certain amount of friction between the artist and the producer. I went in a couple of times to kind of make peace. I always asked Lizzy if she was okay with this, does she want to be doing this? And it was emotional, but she did. So all along the way, I told her the right way to go, with the name, but she made certain decisions. That’s why I laugh pretty hard when someone said she was put into an image. There’s no way you can do that with her. She’s very headstrong and knows what she wants. That’s a mistake, too. She wanted to be known as Lana Del Rey pretty early on. That was her name, she cooked that up, I thought it was a little wack. [Laughs.] She was this beautiful young songwriter named Lizzy Grant, it was a cool name. But she wanted to create this thing, Lana Del Rey. We put out the album digitally and at first she wanted it “R-A-Y” and then we did one version of it that way, and then she wanted to change it to “R-E-Y” so that was now the third name we were using to promote that artist. Shortly after that, her and her new manager came in and said “We want to get this off the market. We’re going for a completely new deal. We’ll buy you out of the deal.” So we made a separation agreement.

So that’s why it never came out.

They literally insisted. That’s in the contract. We can’t have any reference to it anywhere. They were following up on it weekly, “Oh, there’s an obscure website in outer-Mongolia that still has a reference to it, can you tell them to pull it down.” We did. We took it off iTunes and never released it as a hard CD. When I read that it was shelved, that borders on libelous. It’s annoying.

So how does the time frame of her releases look?

Her first release was an EP called Kill Kill under her name Lizzy Grant. It’s one of her songs — a very good song, by the way. And it had three songs on it. That EP got posted on iTunes on October 21, 2008. That was our attempt to create a little buzz and begin to work with her live act. Then we were going to take a little time to release the full album. And that got picked up, as I said, by iTunes. There was a little bit of a buzz. About a year later — January 5, 2010 — we released a full album, digital from iTunes and all the digital suppliers. It was called Lizzy Grant a.k.a. Lana Del Ray. At that point, her name was spelled “R-A-Y.” I really want to emphasize that all the spelling are attributed to her. She was trying to figure out who she was. After that, she had another shift and decided “R-E-Y.” We did a minimal run of those CD’s that had “R-E-Y.” The reason we did that [album title] is because people knew who she was and we were trying to cross her over. At her request, we signed a new agreement with her on April 1st — which is only three months later — which she asked us to shelve the record. We took the record down at her request.

There was a small run of a physical CD?

Only to sell at gigs and to give as promo to people. The hard CD was not released. We put a lot of money into getting her live act together, marketing people, promotions. I’d say we easily spent … take the $50,000 on the budget, take the advance we gave her, and then you can double that all up again. Anybody that says there wasn’t a certain amount of investment here is not telling the truth.

Did you recoup all the cost?

What’s the stake in the new records?

We have a participation going forward in her first couple of records going forward as a result of her getting out of her deal. And we still have serious revenue participation if she does anything with her old one. I hope she puts it out. I think it’s a great record. To clarify a few things about Lana. Or Lizzy, whatever you want to call her for this story. One, she’s a great artist. I feel really bad she’s getting a bum rap for that. I thought of her as a “once in a decade” artist.

I was excited. She was very original. I didn’t think she was the same as the other alt-indie girls. She also is a very intelligent and creative person. She would ride around on the subways all night sometimes, writing lyrics and stuff like that. When I was pitching her, I said, “Here’s somebody with the outer manifestation of Marilyn Monroe with the inner manifestation of Leonard Cohen.” That’s how I saw her. For people to say she’s just this created thing is wrong. She’s probably going to continue to evolve and in a way, that probably didn’t get her too much time to do that, now she’s engrossed in the public. As an artist, I’m very supportive of her.